YOU'RE NOT ALONE – WHEN YOU NEED HELP, CALL ME! 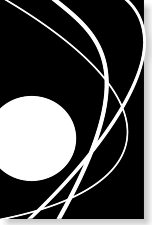 Thanks, Joe, for Sunday dinners at your house & for teaching me how to drive a stick shift!-Pat

Muggs was a friend to so many, and my confidante for years until he left us. We loved you, you good, talented and crazy man! 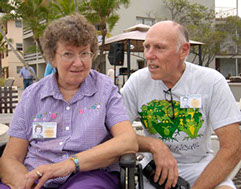 Marilyn and Bob (Skip) Colburn
at our 50th Reunion.

Dear Skip, we grieve with you. 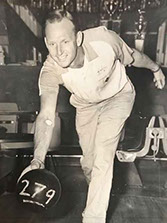 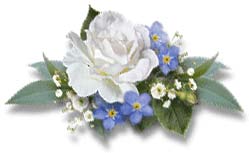 Many more happy flights, dear friend. Roy died peacefully in his sleep at home in Waller, TX. He was a pilot and a partner in an aircraft repair operation with a retired Delta Airlines Captain. In addition to his brothers Ray & Bruce and sister Bernice, he is survived by a daughter Kelley Marie Crosby-McNeely, a grandson, Conner Dale, and a granddaughter, Morgan Elizabeth.

To Roy-was it a FACT or a REASON??? XOXOX

Cherished in Our Hearts YTTF.

Ronnie Yurinko, a friend from the junior class.

SOUTH PLAINFIELD -- Ronald Yurinko, 67, died suddenly Tuesday in South Plainfield. Born in Plainfield, Ron was a lifelong resident of South Plainfield. In 1958, he enlisted in the U.S. Army and served until 1962. His specialty was a sentry dog handler.

WHO ARE NO LONGER

Funny, fun and an exceptional teacher

John Joseph Buczek, Jr., age 73, of Gatlinburg, died peacefully in his sleep at the family home on April 15, 2012. He was a drummer for many years of his life and an avid softball player. He loved watching baseball and football. He also loved the Great Smoky Mountains.

Dan was in the marines from '58-'62, and will rest in Southwest Virginia Veterans Cemetery in Dublin, VA. He was first diagnosed with prostate cancer in 2005. He underwent extensive chemo & radiation treatments, but in June of 2017, the cancer had metastasized into his bones and throughout his entire body.  A wonderful Hospice nurse named Patty was instrumental in much of his later care. He fought hard, and throughout, kept his sense of humor!! He was still loving and strong when he slipped away peacefully at 11:45 am on January 11, 2018, with his children nearby, and his beloved Mary holding his hand. Dan was an amazing father and grandfather. He had 4 children, (3 sons and 1 daughter), 4 stepchildren, (3 daughters and 1 son), and many grandchildren. He was 78 years young.

On December 22, 2019, after an extended illness and a valiant fight, Danny Calik, our old friend and classmate, succumbed to cancer at his home in Florida, with his wife Fran by his side.

He had been ill on and off since May of last year with many setbacks, but Fran said Dan kept his good attitude until the end, and was ready.

He was a loving husband, father, grandfather and great grandfather, as well as a treasured friend to us all. 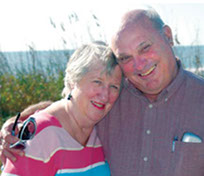 I was informed that our classmate Jimmy Smith passed away last August. So far, i have no other details. RIP, Jimmy!

Harold B. “Weazer” Wyckoff served as an Aviation Machinist in the Naval Air Force during WWII and flew missions over the South Pacific. Graduating from Tusculum University in Tennessee with a degree in Education and a Master’s degree from Rutgers University, he started his teaching career in the South Plainfield School System. He taught History at SPHS from 1955-1985, coached Football from 1955-1965, served as Athletic Director, Assistant Wrestling Coach and Golf Coach from 1963-1982. He is survived by his wife of 69 years, Pauline (nee Castro); his children, Vickie,  Hal and Christopher, as well as grand children and great-grand children.

RIP dear friend and be sure to watch over all of us!

OF THE LIVES OF OLD FRIENDS

WHO ARE NO LONGER WITH US.

May they rest in sweet peace,

All photography on this site has been registered with the United States Copyright Office and is the exclusive property of Pat Shapiro,  Flying Colors of Naples, Inc.

Photos may not be reproduced without prior written permission and compensation.